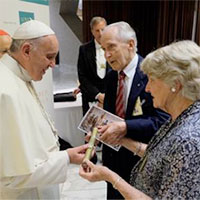 Ron and Mavis Pirola, the Sydney-based Chair-couple, Australian Catholic Marriage and Family Council (ACMFC), were one of 13 Australian couples who attended the recent III Extraordinary Assembly of the Synod of Bishops from 5 – 19 October 2014, in Rome. The theme of the Synod was "The Pastoral Challenges of the Family in the Context of Evangelisation".

The ACMFC is a Council of the Bishops Commission for Pastoral Life, which in turn is a Commission of the Australian Catholic Bishops Conference.

Presenting at the Synod, the Pirolas commented on the "prayerful and respectful" way in which proceedings progressed and how "enormously privileged they felt in participating in such an experience of the Universal Church."

"It's important to keep in mind that the Church is in the middle of a two-year listening process about the family", the Pirolas said. It began with the world-wide questionnaire which received a huge number of responses. The process carried on through the recent 'III Extraordinary Synod' and the suggestions from that will be the basis for further consultation in preparation for the 'Ordinary Synod' in October 2015."

The theme of the 2015 "Ordinary Synod" is "The vocation and mission of the family in the Church and the world."

Bishops' Conferences around the world received a preparatory document (Lineamenta) from the Vatican in mid-December 2014 for the 2015 Synod. 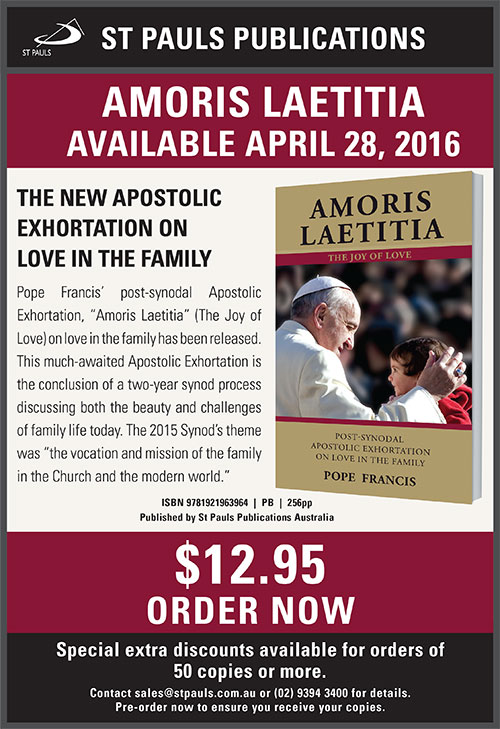