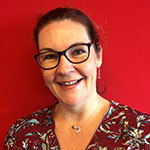 The Catholic Church of Australia plans to host a Plenary Council in 2020. This was announced by the Archbishop of Brisbane, Mark Coleridge. Archbishop Coleridge - who participated at the Vatican in the Synod on the family - is the key spokesperson for the event, which is an initiative of the Bishops’ Conference.

This would be the fifth major assembly for the Catholic Church of Australia and would take place more than eighty years since the last synod, which was celebrated in 1937.

“We are going through a time of profound cultural changes,” said Archbishop Coleridge, “not only in society but also in the Church. I think we have to accept the fact that Christianity - in the sense of Christianity as the common religion - is over. How do we respond to this situation?”

The paedophilia scandal has harshly affected the Church of Australia: the Royal Commission, investigating sexual abuse against children, has cast a shadow on the Church.

“For the Church this is certainly not the time to go on as if nothing had happened,” says Coleridge, “And if any proof were still needed, the Royal Commission has given it. We have to deal with the facts, and in light of the facts - which are not always pleasant - make important decisions for our future.”

The Archbishop of Brisbane also stressed the connection with the experience at the Synod for the family: “It was in listening to the Pope’s speech on synodality in the Church, on the morning of 17 October,” he said, “that I began to realize, in a clear and powerful way, that the time had arrived for the Australian Church.” And also the method should be the same: “I hope that the agenda of our Plenary Council,” continues Coleridge, “will be the result of genuine consultation within the Church, to be held between now and 2020. Anyone who wants to can have a say, as it was for the Synod in Rome.”

“We look forward to collaborating with leaders and their teams across the diverse ministries and works of the Catholic Church and all people in Catholic communities across Australia,” Ms Turvey-Collins said.

“Over the coming years, we hope to support local Churches to lead and facilitate authentic and open dialogue about how we are, and how we can be, a community of missionary disciples in Australia.

“Pope Francis’ writings, teaching and witness are inspiration for us, as he reminds us what Jesus in today’s society looks like,” she said.

Ms Turvey-Collins went on to say that the Plenary Council 2020 and the process of consultation and dialogue is an unprecedented opportunity for the Church in Australia.

“It’s an opportunity to engage with all Catholics in Australia – those who lead, those who work in Catholic organisations, those who may feel they don’t have a voice, those who feel they are outside the Church and those who show up every Sunday for Mass – a process inclusive of all.

“It’s about becoming the kind of Australian Catholic community which Pope Francis is calling us to be: “a community of communities…” (EG§28),” she said.

After considerable deliberation, the Bishops Commission for the Plenary Council made the decision to move away from the more typical Executive Secretary position, which had been previously advertised, and have instead appointed a Facilitator and engaged a Facilitation Team, with the aim of respond to the realities of preparing for and celebrating the Plenary Council.

With a wealth of experience in senior leadership, strategic planning, facilitation and stakeholder engagement, Ms Turvey-Collins has been seconded from Catholic Mission, where she has been leading the mission formation team and adult formation program.

She brings to this role a passion for God’s mission and believes there is great strength and wisdom in the diversity of the Australian Catholic community.

The Bishops Commission welcomes Lana Turvey-Collins to this new role and asks that you pray for her, the Facilitation Team and the Executive Committee as preparation for the Plenary Council 2020 gathers pace.