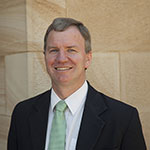 How did you get involved in lay pastoral ministry? Are there challenges to getting involved?

In the mid 1990’s, I was recommended to a priest looking for a pastoral associate. My wife and I were housed with our baby at one end of a renovated convent. As our family grew, we needed to look for other accommodation. I served as pastoral associate in two more parishes over a ten-year period, all in the Archdiocese of Sydney.
An ongoing challenge is remuneration for people in pastoral ministry roles, especially when trying to support a young family. At that time when I changed roles, there was no portability of entitlements, though fortunately long service leave and holiday pay can now be transferred to new positions.

Over the years, there has been confusion both from clergy and lay people about the role of pastoral associates. After a week in a new parish, a man approached me to complain that I had not refilled the holy water fonts. In another parish, when I arrived, the catechist coordinator thought she had to resign from her role. Such moments are not only awkward, but reflect a constant need for our clergy and parish communities to be educated about the role and potential of lay pastoral ministry, and how these roles can enhance our mission. Fortunately, I have always had a contract and position description, though I know that not all pastoral associates have had such ways of clarifying their roles.

What is your role on the Catholic Council for Lay Pastoral Ministry?

The Council’s role is to advise the bishops on what is needed to support lay pastoral ministry to enable our church to live out our mission to serve and evangelise. I am the deputy chairperson for the council, and have been involved in the project team supporting the development of the national lay pastoral ministry guidelines. Aside from my diocesan role, I am a long-serving member of the NSW Association of Pastors, Pastoral Associates and Lay Pastoral Workers, and bring these connections to my role with the Council.

Can you tell me about your family and your background?

I have lived in Sydney all my life. I am married with four children, 11 to 18 years old. I have been involved in parish life as long as I can remember, joining our choir as a child, and later in a range of liturgical ministries. When our new parish priest started a youth group, I joined the leadership team, having already had a positive experience through leadership in the Lasallian Youth Movement. I was later involved as coordinator of a community house for people experiencing hardship. The lady overseeing this project and the associated drop-in centre soon after agreed to marry me!

Can you tell me about your career and your education?

After school, I completed a science degree majoring in computing and mathematics, and began work as a computer programmer for a major bank. I was dissatisfied, constantly wanting to serve God’s people more directly. I completed a degree in theology while working in the National Office of St Vincent de Paul Society as a project and twinning officer, before embarking on my pastoral associate ministry. In 2005, I joined the Diocese of Wollongong, firstly as their Coordinator of Faith Formation, and then as Director of Parish Services, and worked with a small team in supporting parishes and pastoral planning. Last month, I accepted a role with Parramatta Diocese as their Director of Pastoral Planning & Implementation and am enjoying the new challenge.

What has been the biggest influence on your faith journey? How would you describe your faith today?

My wife and children are my greatest joy and daily affirm to me the grace and wonder of our God. My parents are wonderful role models remaining faithful to God and our Church all their lives. I’ve had a number of great mentors and witnesses among lay, religious and clergy, and am constantly encountering amazing people energised in their faith and service. How can I not be inspired? I truly believe in the goodness of our Church. We have so much to offer and our parishes, when they recognise their own value, are such powerful means of evangelising and supporting others. The Mass remains the constant “source and summit” of my pastoral endeavours, and it gives me great joy when others awaken to this heartbeat of our faith.

Are you involved in your local parish or diocese?

My main involvement in my local parish of Engadine is as the adult support couple, along with my wife, with our Antioch Youth Group. The young people in Antioch share with us their joys and struggles, and I joke how at Tuesday night Mass, where many of them attend, that they outnumber the “oldies”. They are asking, “where are all the older people?” Our young people are key members of our Church, and I constantly seek to find ways of enabling them to take their place in the heart of our mission.

Where do you see the role of lay pastoral ministry in our Church?

Lay pastoral ministers, when properly formed and recognised, are much needed in the life of our Church. They accompany our clergy, who sometimes face a lonely role. We sometimes use the phrase “co-workers”, but I have been privileged to work with priests who recognised me as a fellow pilgrim on the road. We were able to share in pastoral concerns, worries, successes and hopes.
I remember one parish priest that I worked with sharing how he envied me, because I was making connections with people he had not had time to connect with. Then he laughed, saying how he came to his senses. Rather than begrudging me all these contacts, he expressed his gratitude, realising he would never have been able to make any of these additional pastoral connections on top of his full load. It saddens me when people say that lay pastoral ministers can replace clergy. It is like saying you can have a car without an engine. In the best of worlds, we journey together – ordained and lay – to build up our church.

Beyond this, lay pastoral ministers are great enablers and connectors. I always joked that my role was to make myself redundant as a pastoral associate. We constantly are building up others to take on leadership and involvement, or to reignite the flame of their faith in their family and work life.

In our world today, when there is such a thirst for meaning, community and outreach, lay pastoral ministers, working alongside clergy, religious and parish staff, offer a great capacity to build up our parishes to what they are called to be: “the Church living in the midst of the homes of her sons and daughters” (Pope Francis).