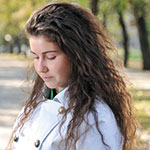 We married and rejoiced with our friends and families as we set up a home together. We both had good jobs and worked hard, while also holidaying and travelling around Australia and overseas.

On the outside, we looked like a happy, successful, loving young couple.

On the inside, cracks had started to form.

My husband was a heavy drinker, but I never spoke to anyone of my concerns. A different side of my husband’s personality emerged when he drank. He would be angry towards me and I came to dread occasions such as weddings or parties, never sure what he’d say, or do, or how I’d be treated.

My husband started to put me down early in our marriage. It began with casual remarks, passed off as jokes, but escalated to personal attacks about my beliefs, the way I looked, what I said or did and what he felt I didn’t do. “Sticks and stones may break my bones but names will never hurt me.” When you are criticised often enough, it does hurt and it also impacts on your self esteem and confidence. My husband was well respected in his workplace, coming across to colleagues as talented and fun-loving. I found this impossible to understand − he was able to behave and be respectful to others but behind closed doors, he was a bully.

One night when our first child was about six months old we were on holiday. My husband had been drinking since lunchtime so was well and truly intoxicated by nightfall. I had just finished breastfeeding and changing our baby’s nappy when my husband began a torrent of verbal abuse, demanding my attention. These kinds of outbursts had occurred over the years, especially when he had been drinking heavily.  The abuse, language and demeaning comments continued until he eventually stumbled into bed, finally falling asleep. The next morning we had breakfast and talked about our plans for the day. I didn’t dare bring up what had happened the night before; I’d learned over the years just to pretend it never occurred because I’d be blamed and the situation would only escalate further. My husband would be ‘nice’ for a while and life would go along − until the cycle started again.

This cycle of abuse became more frequent, and with young children witnessing their father’s behaviour, the protective mother in me kicked in. I began googling ‘my husband is a heavy drinker’, ‘my husband puts me down’ − and then deleting the sites so he wouldn’t question me.  The words ‘domestic violence’ kept appearing and I was in total disbelief when I realised the way I was being treated was a form of domestic violence characterised as emotional abuse.

This was before 2015 Australian of the Year and domestic violence survivor, Rosie Batty, raised public awareness by campaigning and speaking of her own experiences. I found contact numbers for helplines and I’d phone the hotline while my husband was at work, telling the counsellors how he was behaving and treating me. I never spoke to my family about it all, only to the counsellors who told me to phone 000 immediately if ever I felt in danger.

There did come a time when I felt that my children and I were in danger. My husband’s rage was terrifying as he told me I could no longer see my family. I stood up to him, telling him that he could not stop me.  He had been unfaithful and this had caused a huge strain on our marriage. He had been angry and unpredictable in the weeks leading up to this night and I knew I couldn’t suffer in silence anymore.  I phoned 000. The operator reassured me that help was coming. I feel such sadness thinking how my young children must have felt. This was the catalyst for change. A male and female police officer attended, the male officer somewhat frustrated as this wasn’t the first domestic violence callout of the night. “All these blokes need to do,” he said, “is let their wives enjoy time with their friends and family.” I remember apologising to the male officer for the washing in laundry baskets as he followed me from room to room to collect belongings. Now I know he wasn’t looking at the washing, he was looking at the man in front of him with a wife and small children, wondering how he could treat his young family in this way.  The female officer said, “We see women in your position all the time, you are smart – don’t go back!” With the help of the officers I strapped my children into the car and we left.  I will never forget the feeling of freedom as I drove away. With the children safe in their seats, I could breathe again.

The next morning, tiny pieces of me felt like they were scattered everywhere.  My family carried me while I was too broken to carry myself.  With love and support from family, friends and networks in the community, I did find the strength to put the pieces of my broken self back together and the courage to face my next challenge, starting over as a single mother. My psychologist said, “Like Dory in Finding Nemo, just keep swimming.” I was starting to feel good about myself again. Raising my children in a safe environment and being the best mother I could be was paramount.

I am still working on myself while supporting my children and I’ve become a much stronger person away from my ex-husband’s influence. Talking about my feelings and allowing myself to cry when I feel overwhelmed has helped me to deal with the grief. I hope that by telling my story I am able to encourage others in a similar situation to seek the help that is available. It is possible to leave abusive relationships and become stronger and happier.  I am grateful for the love of my family and friends and for the support networks in the community such as Carrie’s Place, Domestic Violence Liaison Officers and police who all do a wonderful job supporting victims of domestic violence.

My faith in God has helped me through this difficult experience and I know that God is always with me and my children. I am determined to raise my children to be emotionally intelligent and to keep their spirits − and my own − burning bright.