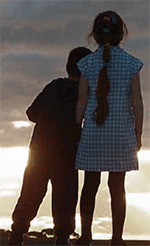 Too often those who live with a disability are the ignored or shunned of our society. Too often this is possible because those living with disabilities are regularly left without a voice or face or presence in our society.

These are the issues put forward in the latest Catholic Social Justice Series paper, Where do we stand? With whom do we stand? – People with disability and the call of Jesus. Authors Patrick McArdle and Patricia Mowbray write that one way of beginning to redress this situation is to come to properly know other people – “to enter into relationship”.

“When those living with disability become real to us, it is much more likely that we will choose to stand with them and to become advocates for them and with them,” write McArdle and Mowbray. “When we are in relationships with people they become too important to us to allow them to be hidden and excluded.”

The authors argue that all human beings live in precarious and vulnerable situations, but for some the vulnerability is especially acute. Unless we appreciate and confront our own vulnerabilities there will be little chance of appreciating that people living with disabilities are significant members of our community. The fact that any of us could become a person living with disability at almost any time means that there is a need to reflect on the story of humanity and the stories of those who live with disability.

To illustrate the theme, the authors highlight a particular story of a particular family with one member who lives with a particular disability – Down syndrome.

“While this is a particular story, it is also the story of many people and many families living with a variety of disabilities; as it were, a kind of ‘everyman’ story.”

Interwoven with this particular story are thoughts about the nature of relationships and about the demand that Christians are advocates for justice and supporters of the most vulnerable members of our communities.

“Too often those people who live with disabilities and their families are rendered hidden and unknown. For this reason it is easier to avoid confronting our combined failure to ensure that people living with disability are not living in situations of injustice, inequality and isolation,” the authors write.

The paper points to the disturbing reality that our society is tested in our encounters with those living with disabilities and it is often found wanting. They quote disability advocate Dr Lisa Bridle, who said in her address at the launch of the Australian Bishops’ 2012–2013 Social Justice Statement: “Modern culture makes it hard for many families and certainly harder for families to welcome a child with disability into their families.”

McArdle and Mowbray argue that the precarious situation of those living with intellectual, congenital and acute physical disability is so serious that justice demands a response, “especially from the Christian community that claims to be formed in the vision of Jesus”.

“A genuine Christian understanding of the human person must make space for those vulnerable peoples who live at the margins of human community,” they write. In the context of the Church and wider communities, people living with disabilities should not be considered as objects of charity or as victims but as integral members of the community.

“Only when this is embraced will the community no longer fear disability and those who bear disabilities.

“Only then will we stop seeing them as people who fundamentally challenge our secure positions in the world and our convictions about perfection to such a degree that we must hide and isolate them, confine them to the periphery of society and the Church.”

The authors state that most issues of justice and care depend where we “stand” in relation to those who are in need or who are oppressed or vulnerable. Understanding the need of others makes a huge difference in our attitudes and our capacities to extend ourselves to be advocates for justice and bearers of compassion.

“Throughout history there have been various attempts to settle on a term or set of terms to describe the situation of disability that does not at the same time seek to limit the person to their physical, intellectual or genetic condition, but to date we have not found such terms with which we are really comfortable and which stand the test of time.

“This is one indication of why the question of disability and living with disability is so confronting for the human community. Sometimes it seems that we do not want to stand too near those living with disability. The place in which we stand, our perspective, determines whether or not our dominant attitude is one of power over others or responsibility towards others.

“We claim to be supporters of equality and, at least in Australia, a ‘fair go for all’, but equality not only means equal access but equal opportunities to participate in society, to be recognised and accepted.” The authors note the general view that those who “choose” to give birth to children with known or anticipated disabilities are heroic (“without doubt they are!”).

“However, even this praise hides an underlying awareness that we would rather not face: such decisions are only heroic because we know that our society does not sufficiently support such choices or make available the levels of assistance that we know will be needed.”

Catholic Social Justice Series No. 73, Where do we stand? With whom do we stand? – People with disability and the call of Jesus, by Patrick McArdle and Patricia Mowbray, is available from the ACSJC for $6.60 (incl GST), plus postage.

CELEBRATING THE SACRAMENTAL LIFE FROM BIRTH TO DEATH

Celebrating the Sacramental Life from Birth to Death

International Day of People with Disability